When you are sinking your life’s savings into upgrading the kitchen at your quayside restaurant then you need to be sure that you choose the right partners for the job. Martin Charlton, Chef/Proprietor of The Old Boat House, Amble, chose Gastro North and Grande Cuisine, and not without good reason.

‘Bob Vardy at Gastro North was involved with the design of the original kitchen when we opened the restaurant back in 2013, but that was a completely different project involving little more than a six-burner gas range, a double fryer and a grill, capable of servicing 40 covers,’ says Martin. ‘We had no idea how successful The Old Boat House would be which is why, seven years later, we found ourselves needing to expand the restaurant area and upgrade the kitchen to manage the extra covers. Once I had made the decision to expand the first thing I did was to phone Bob.

‘I briefed him on how I wanted the kitchen to function and between us we came up with a design. At the time I had no idea how much it was likely to cost. The answer, as it turned out, was about £80,000! But one of the benefits of working with someone who knows our business was that I had absolute confidence that this would be money well spent. The solution he suggested was a MARENO 110 cook suite supplied by Grande Cuisine.

‘Apart from increasing the capacity what we were trying to achieve for The Old Boat House was a better method of service that allowed the brigade to serve from the back of the kitchen, along the cook suite, to the pass at the front,’ says Bob. ‘In order to do that we had to find a suite that was double sided and had lots of functionality. In addition, Martin wanted a surface in the middle of the suite that could be used to cook stocks in large pans in the morning and then be wiped down and used for direct cooking during service. As a result, we decided that electricity, and specifically induction, would be the best option.

‘At the centre of the MARENO suite is an electric plancha with four independently controlled zones which means that there can be a chef working on both sides of the suite, each with access to two zones that can be operated at different temperatures. At the end of the suite, adjacent to the plancha, is a pair of two zone induction units for instant heat. This combination gives the chefs everything they need to cook a dish and send it down to the pass without criss-crossing each other and without having to go looking for other equipment. It’s the ideal solution.’

‘Putting this equipment in has meant that we have been able to stabilize our consistency, increase our output and improve our efficiency,’ says Martin. ‘And it has decreased our workload because we are no longer having to deal with loads of pan traffic – something that I really hate and don’t miss in the slightest. The plancha is superb because I can use it for pan work – which means the pans are not taking up space on the induction units – and, when necessary, clear it off and use it for direct contact cooking during service. Furthermore, because of its four different zones we can cook meat on one zone and fish on another. The induction units provide the final flourish – the speed with which they bring things to the boil is amazing!

‘There’s a difference between being a classically trained chef and a bill payer. I’m both, so when I used to walk into the kitchen and see the solid top blasting away it made me cry! We all watch our gross profit margins and we’re all very conscious of running costs, so if you’ve got something wasting fuel then that’s having a negative impact on your profit. With induction when you remove the pan there’s no power and no cost, and it’s way faster than gas.’

The quay to success 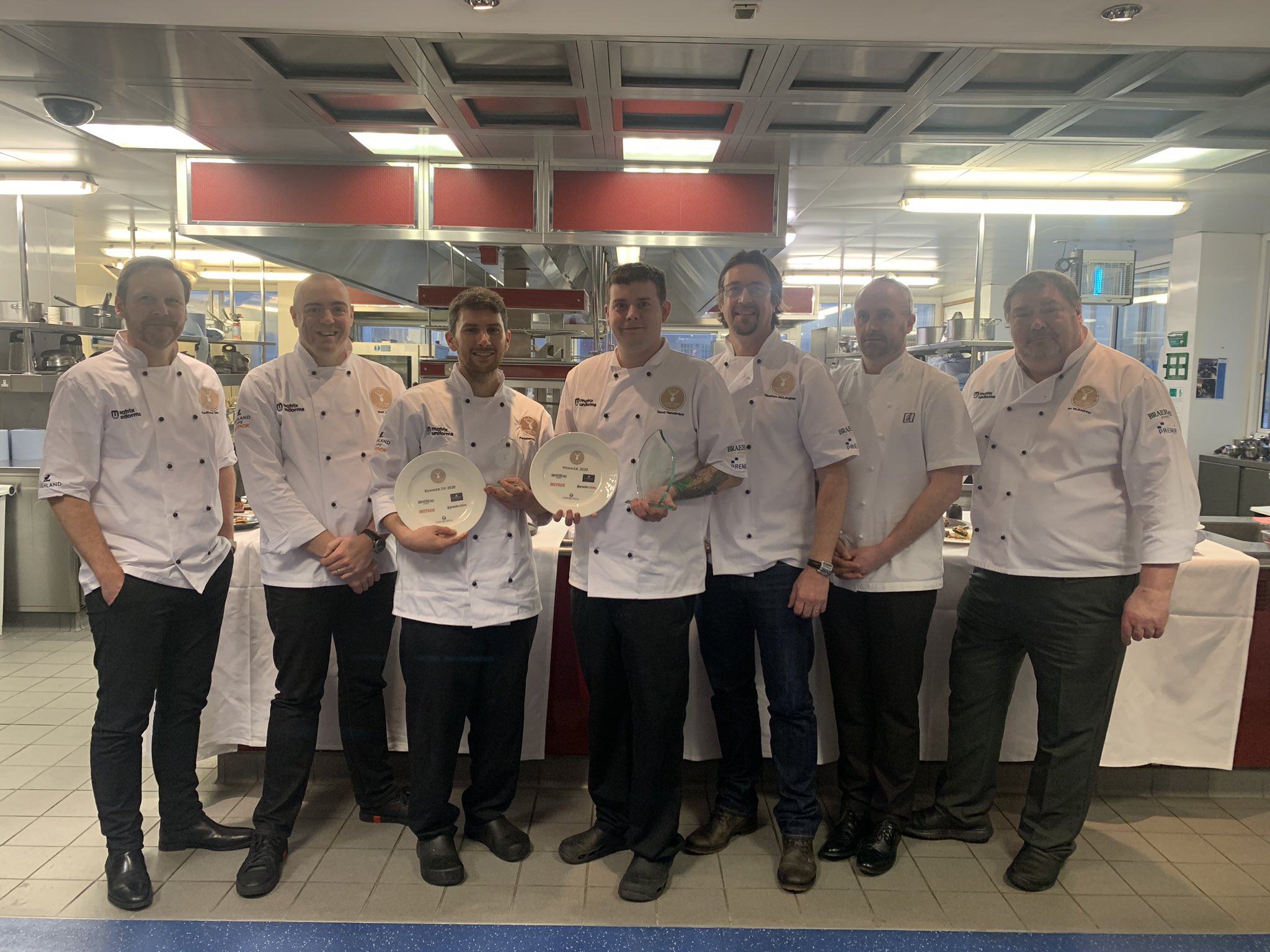 Looking back at Game Chef of the Year 2019